Ainthorpe Primary School is a happy place for children to learn and make friends.

Year 5 have a backstage tour of the BBC Building 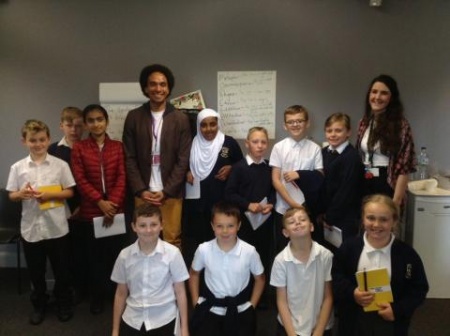 Some of our children from Year 5 were very lucky this week when they went for a backstage tour of the BBC building in Hull City Centre.

The children were able to have a look around the Radio Humberside studio as well as talk to their breakfast show presenter James Piekos who told them what it is like to be a radio presenter and what all of the buttons did.

Following this, there was a tour of the Look North studios where the children were able to see the set as well as the cameras and production equipment. Finally, the children took part in a poetry workshop with poet Joseph Coelho, who inspired the children to make some poems of their own.

The tour was the first part of the ‘Contains Strong Language’ festival which the school are taking part in later in the year. They will record their own poems and present them at the festival with support from the BBC.